[Intro: DJ Kay Slay & Styles P]
I came here to make music
I ain't came here to make friends, motherfucker
Y'all niggas run around here talkin' 'bout the opps
Do you know who the opps is?
The opps is not your brother, you stupid motherfuckers
It's the niggas beatin' the shit outta us (Outlawz) every day (L-O-X) on the internet and gettin' away with it
Let that shit rip, Slay
Yeah

[Verse 1: Styles P]
I was down with Biggie but you know I'm an outlaw
Shot a nigga, rode out to Pac, playin' Outlawz
This ain't a rhyme, it's a fact, or an outpour
Pour out some liquor for the homies I can't account for
Used to play the Beamer, gettin' high, playin' "Still I Rise" ("Still I Rise")
Never touch the Ghost, that is ill-advised
Feel for the hammer, I don't feel the vibe
'Cause you on a quest, I don't feel your tribe
Told Slay get the K in, let it spray once then spray again to see who's left (See who's left)
From N-E-W Jers' to Y-O all the way to Oaktown
Test us to see you less, matter fact, never again (Less)
You a small island, I'm the big hurricane that just swept in (Swept in)
Pick a suit and a place you wanna get left in (Left in)
Oh my, look at the reaper, he just crept in
Ghost

[Verse 2: Young Noble]
Just got off the phone with Kay Slay, called the OG shot (OG shot)
Said the streets need a joint from the 'Lawz and LOX (Yeah)
Couldn't agree more, these rappers is all lost (Lost)
Hearin' ATL flows in Jers' and New York (Damn)
Original cloth (Cloth), my era was just different
Been lit before the internet even existed (For real)
This generation is sickenin' (Sickenin'), their choice of drug is attention (Man)
Grown ass men in they feelings
Niggas say anything you put a camera in they face (Camera in they face)
But you won't hear anything when a hammer in his face (The hammer in his face)
The struggle is the same (Same) from Compton to Yonkers
Ghetto gospel, Makaveli apostle
Throwin' peace, Kadafi, Syke and Fatal
No gimmicks, independent, never needed a major label (Never)
I'm not a slave (Slave), went against the grain
Fought the power, nigga, Chuck and Flav
Outlaw to the grave

[Chorus: Young Noble]
It's time that the streets unite
I'm your brother, we don't have to fight
Against all opps
It's time that we flipped the script and know who the real enemy is

[Verse 3: Sheek Louch]
Ayo
Think about this, who out there hotter than Kiss?
Hotter than P?
Fuck that, who hotter than me? (None)
Don Gorilla, Silver B Bobby Backlund
No talkin', either get to scrappin' or get to clappin'
These pussies act hard when they be rappin' (Fake)
By theyself, all you gotta do is smack 'em
Take his chain off, unwrist wrap 'em (Haha)
Probably one nigga wit' 'em, gotta clap at 'em
What it look like? I don't even know what the hook like (Uh huh)
All I do is spit and make sure it cook right
Today was fucked up but tonight is a good night (Ha)
Gettin' head in different spaces (Come here, baby)
Broke niggas turn rich like Trading Places (Woo)
Five lawyers, two cases (Ayy)
Ten large back then, that was just in aces
I ain't gotta say shit, I could read your faces (Look at 'em)
Haters (Look at 'em)

[Verse 4: EDI Mean]
My Warfrank Gazelles got these lames so jel' (Woo)
I know what's up your skirt mane, it ain't hard to tell (I see you)
You pussy like gatos, nigga, we are not bros
My whole family full of real ones, y'all are not those
Classic like daddy's, keep a batty in the backseat
Ride shotgun, another one, call 'em a two piece (That's right)
No size, never let a hoe ass nigga ride
No lie, made nigga, Outlaw 'til I fry
County to county, man, these niggas know about me
International EDI, I get to it like it's easy (Yeah)
Gotta hate your proposal, gotta stay low key 'til I catch 'em slippin'
Catch 'em sippin' Ice T and get to cop killin' (Bam)
Yellin' "O for L" 'til they throw me a cell
And even then I probably have the whole pen with me
Fat, black, and fly like another Biggie, uh
Makaveli in me got my real brothers wit' me (Kay Slay)
This is history in the makin', either Styles and Jason
Young Noble, Sheek Louch, y'all niggas wanna see who?
Wanna see who? Wanna see who?
Wanna do who?

[Verse 5: Jadakiss]
They just gonna carry a casket to let 'em amp you
I don't want a trap beat, please, I need a sample (Please)
I don't want 'em near me, nah, they scary (Scary)
They'll never understand the 7 Day Theory (Never)
Need to get out more, L-O-X and The Outlawz
Switch hitter, nigga, let the hammer off southpaw
Naw, no man is not to fear
And we shoulda did a joint back when Pac was here (Uh huh)
That we coulda even let Big Poppa hear
Everybody gripped up 'cause the opps is here
Prayin' for my downfall, All Eyez On Me (Yeah)
Somethin' happen, they just gon' tell lies on me
That's it, filled to the top but the ride's on E
Too slippery to ever let you slide on me
F your highness, one third of Yonkers' finest (L-O-X)
The love's unconditional, the bond is timeless
What? 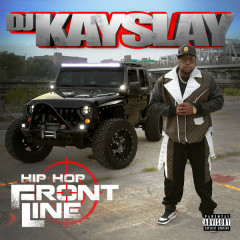