Wouter "Wally" De Backer (born 21 May 1980), also known professionally by his stage name Gotye (pronounced /ˈɡɒti.eɪ/), is a Belgian-Australian[1 ] multi-instrumental musician and singer-songwriter. The name "Gotye" is derived from "Gauthier", the French equivalent of "Walter" or "Wouter". His voice has been compared to those of Sting and Peter Gabriel.[2][3][4] Go tye has released three studio albums independently and one album featuring remixes of tracks from his first two albums. He is a member of the Melbourne indie-pop trio The Basics, who have independently released three studio albums and numerous other titles since 2002. Gotye's 2011 single "Somebody That I Used to Know" reached Number 1 on the Billboard Hot 100, making him the fifth Australian artist to do so and the second Belgian (after Soeur Sourire in 1963).[5][6] He has won five ARIA Awards and received a nomination for an MTV EMA for Best Asia and Pacific Act. Gotye described himself as "less of a musician, more of a tinkerer."[7] 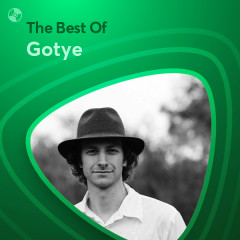