[Chorus: B-Real]
So you wanna be a rock superstar?
And live large, a big house, 5 cars, you're in charge
Comin' up in the world don't trust no body
Gotta look over your shoulder constantly

[B-Real]
I remember the days when I was a young kid growin' up
Looking in the mirror dreamin' about blowin' up
The rock crowd, make money, chill with the honey's
Sign autographs or whatever the people want from me
Shit's funny how impossible dreams manifest
And the games that be comin' with it, nevertheless
You got to go for the gusto but you don't know
About the blood, sweat and tears and losing some of your peers
And losing some of yourself to the years past gone by
Hopefully it don't manifest for the wrong guy
Egomaniac and the brainiac don't know how to act
Shit's deep, 48 tracks
Studio gangster mack signed the deal, thinks he's gonna make a mil'
But never will 'til he crosses over
Still filling your head with fantasies
Come with me, show the sacrifice it takes to make the cheese
You wanna be a rock superstar in the biz?
And take shit from people who don't know what it is
I wish it was all fun and games but the price of fame is high
And some can't pay the way
Still trapped in what you rappin' about
Tell me what happened when you lost clout
The route you took started collapsing
No fans, no fame, no respect, no change, no women
And everybody shits on your name

[Norega talking]
People see rockstars, younawhaI'msayin?
But you still...try'na...get out more like, like everybody else
It's a fun job, but it's still a job
Save your money man, save your money too
It's single don't last very long, younawhaI'msayin?
I mean...you're lucky in this game too
There's gon' be another cat comin' out
Lookin' like me, soundin' like me, next year I know this
They'll be a flipside, do whatchu you do
Somebody'll try to spin off like some series

[Sen Dog]
You ever have big dreams of makin' real cream?
Big shot, heavy hitter on the mainstream
You wanna look shanty in the Bentley
Be a snob and never act friendly
You wanna have big fame, let me explain
What happends to these stars and their big brains
First they get played like all damn day
Long as you sell everything will be O.K.
Then you get dissed by the media and fans
Things never stay the same way they began
I heard that some never give full to the fullest
That's while fools end up dining on the bullet
Think everything's fine in the big time
See me in my Lex' with the chrome raised high
So you wanna roll far and live large?
It ain't all that goes with bein' a rockstar

[B-Real]
My own son don't know me
I'm chillin' in the hotel room lonely
But I thank God I'm with my homies
But sometimes I wish I was back home
But only no radio or video didn't show me
No love, the phony, gotta hit the road slowly
So the record gets pushed by Sony
I'm in the middle like mony
And the press say that my own people disown me
And the best way back is to keep your head straight
Never inflate the cranium
They're too worried about them honies at the Paladium
Who just wanna cling on, swing on, and so on
Go on, fall off, the hoes roll on
'Til the next rock superstar with no shame
Give him a year, he'll be right out the game
The same as the last one who came before him
Gained fame, started gettin' ignored, I warned him
Assured him, this ain't easy take it from Weezy
Sleezy people wanna be so cheesy, the fuckin' lethal
"Assassins, assassins"

How I Could Just Kill a Man (Music Video) 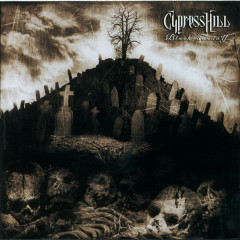 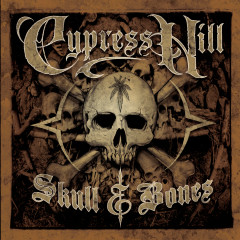 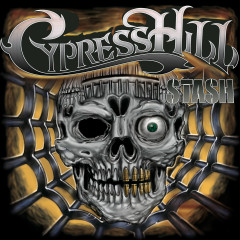