[Verse 1]
I was on the movie set, then he hit me on the cell
Niggas out here talk bout the King of Rap fell
Fell where? Don't these niggas know I'm LL?
Lemme run it throguht this album, tell Speilberg "Chill"
My jet hit LaGuardia six in the morn
They be waitin in the Bentley when the plane takes on
Straight to the studio dirty - no shower
Threw out 5 mics in the first half hour
Niggas know, who about to get all the dough (LL)
Who about to hit all your homes (LL)
Who about to spit all the flows
That's all I can say, and I can't stands no more (We know)
Aiight then, what the fuck the deal yo?
I's raised on some ill shit, let's be real
Uptown - the Bronx, and Brooklyn and Queens
Staten Island, Jersey, ya know the routine

[Verse 2]
East Coast - y'all want it, y'all got it
Look up in my eyes, a nigga feelin psychotic
Look outside nigga, my cars excited
Look at the crowd, how they respond to my product
Like ecstacy, my crew's next to me
It's my destiny, to make history
I'm the emperor - Rap King
From the streets of Paris, up north to Sing-Sing
One question: Do I do my thing thing? (Hell Yeah)
Then putcha L's in the air, for the Greatest Rapper All Time
You want that other nigga album
But that nigga bought all mine
So get the realness (uhh)
Matter fact turn it up so you can feel this (uhh)
Ice grill all you want, I'm fearless (uhh)
Nigga, you just blue try, you can't appeal this (uhh)
I'm about to kill this (uhh)

[Verse 3]
I wrote so ill that I sold ten mill
Drop more platinum, to fo' mo' bills
You pop mo' shit, I show mo' skill
Greatest of All Time, and that's all real
Ain't no reapper could do what I do
Rip ya whole label solo, no crew
Ain't a MC that I can't go throught
And I only have respect for a chosen few
But they could get it too
Trust me, you don't want L to spit at you
I'm the one they call when shit gets critical
The way I conquer the world is spiritual
I'm imperial
Everlasting, the best who ever did it
Holdin the crown down, can't nobody get it
Germany, Italy, France, Japan
London, Africa, bow to The Master - The G.O.A.T.

All I Have (Video)

Refuse To Lose, No Sleep Till Brooklyn (Grammy 2013) 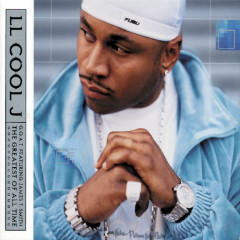