Can not find lyric

Sofia Mestari (born 1980) is a French singer of Moroccan origin, at the age of ten she moved to Paris with her family.

In 2000 she performed in the Eurovision Song Contest for France with the song On aura le ciel, which placed 23rd out of 24 with 5 points.

She released an album of the same name, with two singles, "On aura le ciel" and "Derrière les voiles", and 2003 saw the release of a new album En plein coeur de la nuit and featured the single "Ne pars pas". "Ne pars pas" spent 23 weeks on the French Singles Chart chart and peaked at 27.[1]

Sofia counts singers Tracy Chapman, Sting and Aretha Franklin amongst others as her idols. 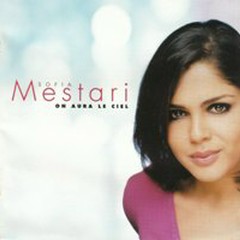